All hail the coming of Ben Urich! He isn’t smoking, but I guess maybe there is a reason for that. He better say he is a reporter soon or be prepared for my nerd rage! Or not. It’s cool. 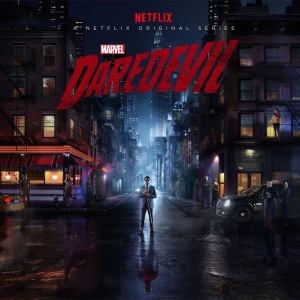 Daredevil s01e03: Rabbit in a Snowstorm

Quick Review: A new client gets referred to Nelson and Murdock. And he’s evil. Ben Urich is a reporter and is starting to put the puzzle together. And we are getting the since that there is some kind of boss of crime? Perhaps some kind of… Master Planner?

Analysis (possible spoilers): This is another decent episode that rocks when compared to many other television shows out there but that does not surpass the original episode. All its individual parts are excellent and I can academically see that the storm clouds are gathering but I don’t have the feeling of progress that I necessarily want (because I’m grumpy.) I keep thinking of this show in terms of The Wire (and just the fact that I think it rates a comparison is a huge compliment) and how that show managed to paint a rough tapestry of a failed system and the key players and not-so-key players that gave us the relevant information. Daredevil is taking more time but for less players.

I think of the multinational players that were assembled in that first episode and so far we have really only seen the locals and the Russians in action. There is plenty of time left, but I want to see more of the Chinese and their blinded workers. And I certainly want my Yakuza ninjas. I want them a lot. Still ten episodes left, so there is plenty of time but I want them to stop treading so much water and get moving. For what it’s worth, I’m liking the Kingpin’s major-domo, even though he somehow reminds me of JJ Abrams. I hope we get to see him with some teeth soon because even though I am liking him he feels somewhat bland. Or will that let Kingpin be the real threat of this season? Saying I trust Vincent D’Onofrio to make the big man compelling feels like and understatement. But, he is really being built up and he has a lot to live up to both in and outside of the show.

Every time Foggy is on screen i like him more and more, even if he still looks to like to me. Live he needs to wash his hair a few times. If there a drinking game where I took a drink whenever Elden Henson was great in this show… I’d be pretty drunk. Not much of a clever line but Henson is terrifically playing the good friend, money practical, wanting to do the right thing, trusting but also annoyed by Matt elements that make Foggy.

Deborah Ann Woll is also doing a good job and I am starting to not think of her as the Vampire Girl from True Blood and as Karen Page. But her storyline of whether or not to take money for silence and safety felt like part of the treading water issue. Then again, maybe this will be something that works more on a second watch through. One of the problems might be that the first episode made me expect more sudden motion and also a more sweeping plot. Perhaps this first season is smaller scale and is essentially setting up Kingpin and Daredevil as rivals with a few factions also appearing. Which, would be nice but I feel like I have been prepped for something more. Also, another reason I feel like these two episodes are treading water is that it is somewhat of a mystery as to who and what this evil corporation is. And I already know it is Fisk. Well, actually I just assume it is going to be Fisk. All this journey leading to him, while well down, just feels like skirting around the show I am ready for.

But we also got some Ben Urich, played by Vondie Curtis-Hall. Recently in the world of Comicbookdom there has been lots of unkind words shared for and against the idea of changing the race of a character. Anyone who has doubts that it can be done successfully needs to watch this portrayal of Ben Urich. The driven nature, the intelligence, the grimness of Ben Urich is stamped all over what Curtis-Hall is doing. Admittedly, I wouldn’t mind a bit more schlubiness making its way into wardrobe. But I can see Urich all over there. Any moment now we are going to see that look of knowing defeat is just around the corner but he has a job to do regardless that makes Urich the dogged reporter of the Marvel Universe. It’s there and it will come out.

(For what it is worth, I didn’t know about this casting until this episode. It wasn’t until he was called “Benny” during his first scene that it clicked. And when it clicked I was very happy with the choice. Because race be damned, when an actor nails a part they nail a part.)

So, all around a good episode. It is setting up the stage nicely, but I am a little impatient for things to get going. If only I had the time to just binge watch. Also, I just noticed I didn’t talk much about Charlie Cox this time. Mostly because he is doing status quo good work. If you want to read my praising him check out my reviews of Episode 1 and Episode 2.