Argo had travelled over frozen terrain and rough mountainside to the beast’s lair. Though his muscles ached they were still stronger than most men half his age. His eyes had lost none of their steel even if they had gained more wrinkles around the edges and watered in the cold air.

He stood at the entrance to the cave and clanged his spear and sword together. The spearpoint was a manticore stinger. Though he had slain the beast in his youth he swore the point still held the memory of the poison that flowed through it. The sword had belonged to the champion of the Darkhold Giants who had boasted that Argo’s flesh would be too tough with age to eat. In his own way Argo had proven the boast to be true.

He kept up his clanging. He wanted the beast to know that Argo the Hunter held no fear. A roar came from the cave in answer. The ground spoke as the beast approached. Though the mouth of the cave was large enough for twin bull elephants to ride into the beast practically had to squeeze out. It was covered with scales, each as large as the hand of a grown man. Most scales were polished gold, but some were tarnished and blackened.

The beast looked over the aged hunter and then roared in answer to his challenge. Teeth that could easily rend a man in twain gleamed in it’s maw. A less bold man would have ran. Argo stood his ground. He could see the toils the ages had taken on the dragon. Teeth that once put swords to shame with their edge were starting to round. Stone rending claws were furrowed and cracked.

Raring up on its hind legs the dragon flapped its mighty wings. Despite the wings fraying edges winds as strong as any storm buffeted Argo. Once he would have stood in fierce defiance, but now he needed to sink to one knee to keep from being blown off the mountain.

Rising, Argo again sized up his foe. Where he was old the dragon was ancient. Argo’s triumphs flashed in his mind. Would this be the one that finished him? Would he point an end to to the dragon’s long string of victories or would it be the opposite?

Argo, who had prospered during the Ten Year Blizzard began to feel the cold. His joints were still stiff from the climb. He spat. His spear lowered. Slowly he turned and looked over the mountain to the valley far below. How few of them would ever summit this peak and know this beauty. From behind him came a gust of wind that could have been a sigh.

He scratched his grey beard. A certain thought would not shake loose. If he should prevail would the true victor be him or age which had so weakened his opponent? He looked at the great beast and saw another warrior fighting that great battle no young man understood. Little did he know the dragon’s thoughts were the same. 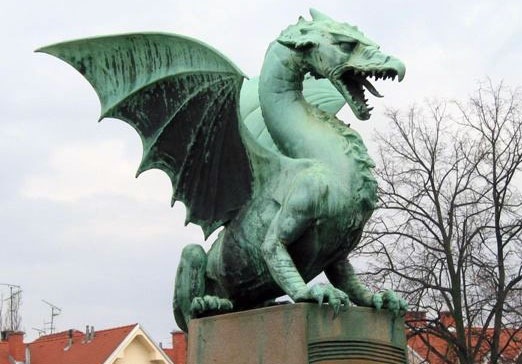 4 thoughts on “Argo and the Dragon”