You know that leaked Supergirl pilot. I watched it. And now I’m writing about it. I guess that is how this works. 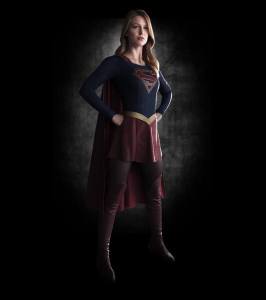 Quick Review: The first ten minutes are flat narrated exposition. Then there is a plane crash scene with absolutely no tension. the best part about the plane scene was there wasn’t any dialog, because, man were those words clunky. We had bad puns, obvious set ups, and nothing was less funny than the attempts at comedy. I almost feel there needs to be air quotes around that word. The only thing I found to be be straight up good was the score. After that, the slight training montage was decent but it was far too short and it loses points for containing lines such as “the cape is for aerodynamics.” Put simply I was unimpressed. That said, I’m sure folk will love it.

Analysts: This is the first episode and already the show is contradicting itself. We get ten minutes of how Kara has done nothing with her powers for so long she doesn’t even know if she can fly. Then the Plot Point News Network shows her sister-figure is in danger and she launches into action. That made me think two things: Is her sister were not on the plane would she have just ignored it? The second thought was how many people in danger has she ignored? Uncle Ben shakes his head.

Then there is the whole thing of the DEO. I understand as her future employers/mission givers why the DEO is here. However, outside of plot easing, I’m not sure why they are here. Their leader doesn’t like aliens. The sister, a secret DEO agent, is in a perfect position to spy on the alien. So what does the DEO do? Bring Supergirl to their homebase and go on a exposition spree. Because reasons. (Oh, and so the DEO can be a source of freak of the week missions because coming up with with other storylines is hard.)

And let’s spend a few moments looking over how important it is to this show that the hero is a girl. In case you are wondering. It is really important. There are hints that the DEO chief thinks she is weak because she is a girl. There is a rather shaky argument on why the name is Supergirl instead of Superwoman (when I couldn’t shake the feeling if a Superbeing gave an interview and said “Call me Superwoman, not Supergirl” wouldn’t Supergirl get tossed to the side? The big fight was against a sexist. Constant references were made towards Kara’s mother. Kara’s civilian boss is a woman. Kara’s closest relative is her sister. Not that any of this is necessarily bad, but it comes off that her gender might be the most important aspect of this show. And I like that she may become a powerful woman (now she is something else. A work in progress. An affable nerdess of the sitcom variety who happens to have super strength) but I would rather the show focus on making her a strong character that is a woman when what they did in this episode is highlight that she is a girl. Her entire identity in this show is that she is the girly Superman, complete with her girl version of the Daily Planet, when it should be about raising her above that.

It also follows that exact same formula of the other Berlanti shows. Here is the special person with what should be a secret identity. Also, it is okay to spread that identity around. No one will ever get angry or shocked when their dual life is episode by friends, family acquaintances (just watched the last few episodes of season of of Flash and that really annoyed me and it is happening again here. Now let’s surround the Special with people who know that identity and serve as genre savvy helpers and quip machines. I bet the first order of business in episode two will be for this show’s version of the Scoobies to set up a hideout. It’s almost as if this formulaic writing is following some sort of pattern.

I get that Berlanti is pretty much the only game in town and that the faces on it are attractive. I don’t get why there isn’t a push to make these shows better.

I’m going to stop before I cross over from grumpy into just plain mean.