I will admit that at the start of this kerfuffle I was totally in the camp of “Hey, it is just a poster of two people fighting. Sure, Mystique is getting choked by Apocalypse, but he’s the big bad. People getting upset are taking things wildly out of context.” Admittedly, I also thought that if the studio was going to use this of poster the should also make it even by having the Big Bad choke the male heroes in the same way. 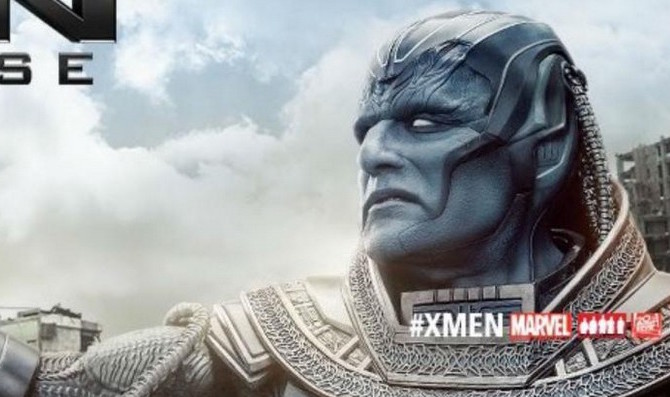 But then the Internet happened and did its thing. Reading through various responses on even the mildest of sites is akin to wading through bile. But I’ll get to that in a second. First I think, to my surprise, there did seems to be an attempt at actual discourse. People offering opinions and willing to listen/read the opinions of others. A few, who seemed to share a viewpoint similar to my own, asked if this isn’t being overblown? Wasn’t the context of it being a superhero fight important and obvious. As Mystique has consistently been shown as one of the more formidable characters, isn’t this the billboard version of knocking down Warf?

I’ll say it again because i feel it deserves to be restated, at this point this wasn’t an angry fight. This was a discussion between fans and nerds about a serious topic.

Posters started to responding to this questions. Many were women, some were men. Some found the poster offensive, others didn’t but understood why others did. As a group they offered insightful (and reasonable) replies to why this particular ad campaign could be interpreted as troubling and offensive, not just due to this one image but due to a long history of troubling imagery. Many seemed to feel that the scene in the movie (which I haven’t seen) wasn’t so bad, but that a single image is way to easy to take out of context especially for those not immersed in geekdom and that despite the blue and alien look of the two figures it could still be viewed as depicting the entertainment value of a powerful male strangling a powerful female.

There were some good points brought up. I don’t know if I was sold on the idea, but I was starting to understand and reevaluate my own assumptions.

And then those five minutes were up and out came the cries of “feminazis!” Yep, the bile arrived. What had almost been a conversation turned into a pile of shit. I hand my head in recognition that most (likely all) of the shit slingers share my gender. That second wave of posters, many of whom were responding to questions like “Sincerely, can someone explain what is offensive because I don’t see it”, were promptly dumped on, bashed, called a fascist, liberal, feminist/nazi (because those things are apparently equally bad.) Basically called everything other than a child of God, to bring out one of my favorite southernisms.

The outcry about the billboard might not be something everyone agrees on. We can have different opinions on what is and isn’t appropriate and what should be the next step when a person is feeling offended. But having an outcry due to the outcry that deafens all reason is ridiculous. More than any of those reasonable explanations, seeing the hyper aggressive and degrading comments aimed at anyone who even offered a “I can see where those who don’t like it are coming from” made me realize why this billboard is troubling.

Many of the men, who claimed they were good husbands of wives, fathers of daughters, brothers of sisters, rained naked aggression down on those merely seeking to have a discussion. To those men, so secure in their being a good guys to women, let me just say,  if someone saying ‘dude, can we stop always showing women as powerless victims, not even offering resistance?’ makes you snarl, gnash your teeth and start getting all pejorative, maybe you need to reflect on whether you are more part of the problem than you thought.