Every time I see Sonja Sohn in a show my first thought is “Kima!” If that doesn’t mean anything to you then stop watching Luke Cage and go watch The Wire. It’s not that one is better than the other. It’s just that The Wire is much, much better than almost any other TV series. But Sohn is in this. And they better give her a chance to be awesome. Because she is awesome. 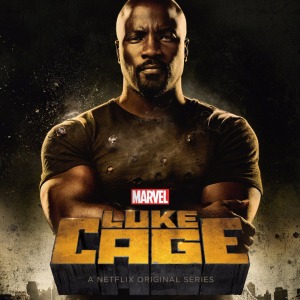 This episode had more action and more forward progression than the past few episodes. That’s a good thing. We are seeing Cage starting to be more a part of the community and perhaps glimpses of the role he will come to play. We also get glimpses of the further Marvel world with the appearance of Claire. This was a perfectly fine episode. I guess the only real problem I see with it is that it isn’t particularly engaging. I feel it is good without being memorable.

Perhaps the most memorable aspect of this show is that the weapon that is supposed to be capable of taking out Cage is almost literally a magic bullet. Sadly, I don’t think this is memorable in a good way. Part of me wonders if they are facing a kind of Superman dilemma. Cage is so powerful that they don’t really have a threat for him.

Luke is a force of nature. But seeing as he is still a bit of a cypher he isn’t easy to get excited about. Sure, he is likable and charismatic, but at this point I don’t really feel we know much about him. It seems the reason they made Pop the father of Cage’s wife was to give him a thread of attachment. And that works, but it is also a pretty thin thread. As each episode puts more distance between us, the audience, and that relationship will it hold up? We need something to fill the void.

I’ll be honest, I almost thought about skipping the review for this episode. I want to have more things to say rather than, “yeah, it was decent.” But that basically sums this episode up. I almost wonder how much of that is because these shows are supposed to be binged. It is almost as if no single episode is meant to be too heavy or powerful on its own. Nothing that makes you stop and go “Wow, that was something. Let me pause here.” It just sort of blends together. It’s good, but not really exciting.

I’m still liking this season. But I do wish it would try to raise the bar. It seems very comfortable just being okay and well constructed. It is almost as if this show would rather have mass appeal by being good rather than risk alienating people by risking the move to being great.