I made one of those big mistakes today. I tried to have an actual discussion about an issue on Facebook. With someone I disagreed with. It went about as well as you can expect. I joined a thread in progress. Within two responses I was called pee drinker. Shortly after that the thread originator essentially questioned why more respect can’t be shown to a certain administrations supports.

As eye-rolling as that exchange was, it did get me thinking about what that particular thread was about. Trans people using bathroom.

Let me go ahead and put my chips on the table. I am a straight, white guy. I’ve lived outside the United States, my home country, since 2004. I will admit that I often worry about my terminology because it feels every few years what is considered correct changes. I’m only 35 but I already feel strangely set in my ways about certain things. For example, I tend to only use “LGBT” because the semantics of adding a new letter and changing meanings old letters every few years annoys me. (I know that is a stupid reason, but there you go.) Part of me was even worried about writing this out of fear of backlash due to terminology from groups I want to support, but sometimes you just got to speak up. (But hey, if you have pointers or want to discuss, feel free to use the links below.)

Not living in America, I can’t really say when Trans people using bathrooms became such a big issue, but apparently it is. And I don’t get why (okay, I get why and I’m pretty sure it rhymes with shmintolerance, but bear with me.) I think back over my life and wonder if I’ve ever really known a trans person. I know I’ve seen them, but have I known one? If I haven’t, I know my dad did.

When I was starting junior high school, my dad got a new job.  Soon after he started working there he told us an interesting story. That day a young woman who worked for him came in to his office and told my dad that she was going to become a he. Her name would stop being “Karen” and his name would start being “Scott.” He would also start taking hormones and get a mastectomy. I don’t remember if my dad was told anything more about how far the transition would go.

I know this flustered my dad at the beginning. I also know he reacted to that announcement the same way he reacts to almost anything. He made a few jokes, some good, some bad and then went about the rest of his day. Thinking back on it, I am almost positive that from that point my dad only used the name “Scott” and only used male pronouns when talking about him.

I can’t say whether or not my dad understood why Scott made that transition. But I feel my dad supported him. He always talked very highly of Scott, and the family knew that Scott was one of the few people at work that my dad liked and trusted. My dad was a quest to Scott’s wedding, and I remember him being sad when Scott moved away.

I’m a straight, white male. And I have always been comfortable being a straight, white male. Because of that I do have a hard time understanding how someone wouldn’t feel connected to their own sex and gender. Mine has always matched. But here is the thing. I don’t really need to understand it. I know it happens. Even putting aside all the variations on the x and y chromosome dance, not everyone is born feeling that their sex and gender are in sync. It happens.

And those individuals who feel their gender and their biological sex are different, they still have to use the bathroom. Sometimes, even in public. And this needing to use a public bathroom seems to be making some others very angry. And I don’t understand why.

Every counter argument I’ve heard against that is boogey-man bullshit. The fear-mongering that trans-women are going to attack women. Hasn’t happened yet and I doubt it will start. More congressman have been found guilty of the bathroom crimes that trans people are supposedly a risk for.

And then there is the fear that if trans women are allowed to use women’s bathroom then men will start to dress up as women to pose as trans women to use women’s bathrooms and then attack women. Is that seriously an argument? Are women’s room harder to get into than mens rooms? Do you have to clear customs or something? Because all the women’s rooms I’ve ever seen are only guarded by a door.

I don’t want to fear-monger myself, but I’m pretty sure if a man wants to attack a woman in the bathroom, he’ll just walk in and do it. I doubt he’ll start to play dress up first.

But really, all this bathroom talk just seems to be a way of controlling a vulnerable element of society and denying them the full use of public space to which they are entitled to. I can’t get around the idea that the real issue is that those against trans people using certain toilets are actually just against the existence of trans people themselves. And that is the real trouble. I don’t know how to fix that.

But, if you have a problem with trans people, I want you to realize something. And this is going to sound like a joke, but I am serious. I promise. Think of your friends, men and women alike. Think of all the good times you’ve shared. Now tell me, how important to your shared friendship are their genitals? If you’ve never interacted with those genitals, chances are they don’t really affect your friendship. I have a felling that many of you haven’t even seen most of your friends’ genitals.

And if you are so unconcerned about the genitals of your friends, then why place so much interest of the genitals of strangers? Just let them use the bathroom they feel is for them and lets get on with our day. 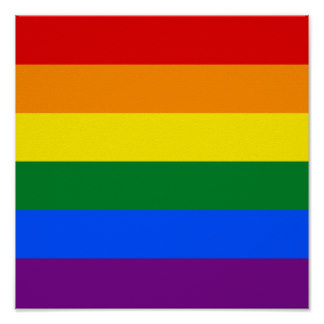 2 thoughts on “Thoughts on Trans People and Bathrooms”